Ian Pearson reports a lovely sunny day at Grosmont yesterday, with Bryan Orange and JV Luke tidying the workshop and pit area, followed by painting the walking area. Paul Jameson made a wonderful job of altering and refitting the fire doors to meet current fire regulation standards (see photo), while Bill Dobson and Ian worked on the T2. This is now on washout after over 1,200 miles of running in July. 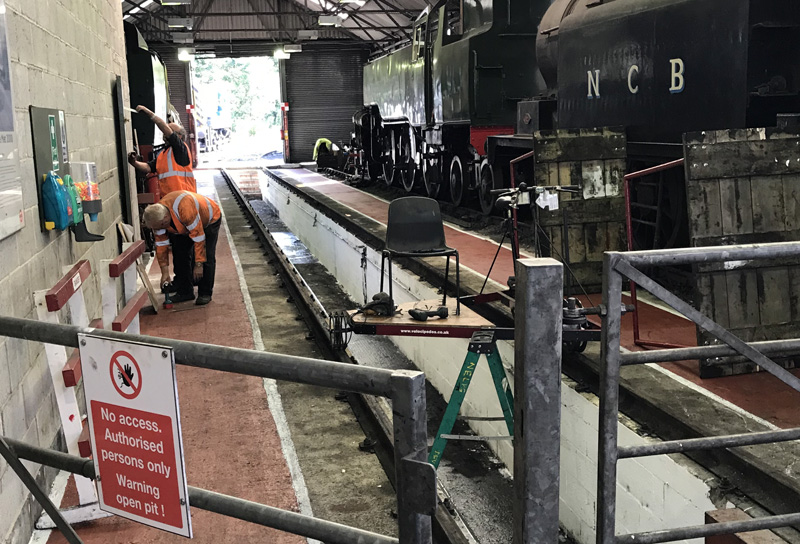 Both T2 safety valves were removed and the front one was taken to Owain for some light machining. The rear one was moved to the front and the front one is now on the rear as instructed by Barney. Bill cut the gaskets and Ian refitted both valves. Lunch was had outside Deviation Shed . Lots of visitors round and Bryan kept them entertained (and informed)!

After lunch Bill started on another job from Barney which was to grind in both injector clacks. Bill completed the fireman’s side but there is still some work to do on the drivers side as time ran out - it was after 5 pm so time for home. Ian checked the situation with the argon: only one bottle which is on the welding set which Trevor Wilford acquired and changed sometime ago, returning the empty to wherever he obtained the full bottle. 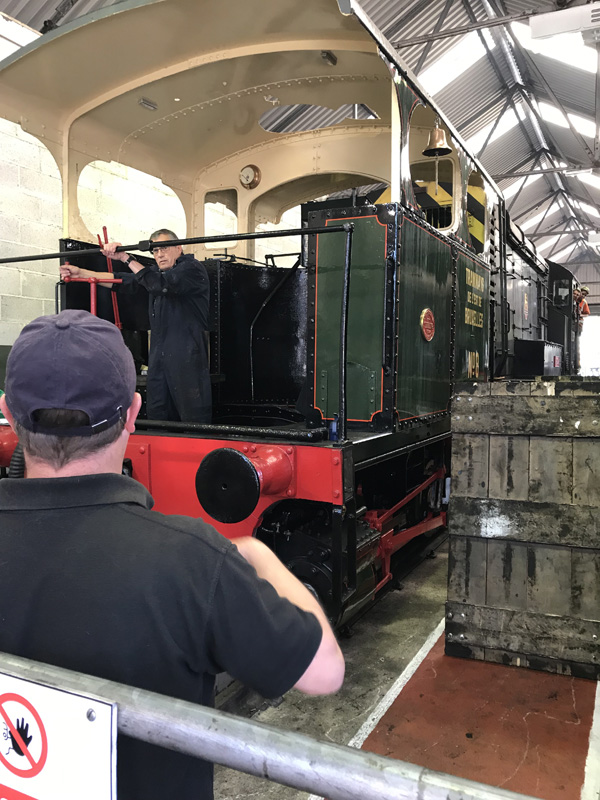 Piglet's ex Brussels tram engine, Lucie, was moved into Deviation Shed on No 7 Road under the careful scrutiny of its owner (see photo). It appears that Channel 5 have started filming for a third series of their NYMR programme.