On Thursday, Ian was back again, along with Andrew Jeffrey, Robson Hewitson and Chris Henwood, focussing on the J27. On arrival Andy Wiffin was already busy fitting the water pipe and drain into the workshop, and got finished about 3 pm.

On the J72, Chris had repaired one of the sliding window frames, and managed to refit the glass. Andrew and Ian removed the temporarily fitted window runners, and set about cleaning the interior of the cab around the windows, as well as cleaning up and preparing the fixings. The windows themselves were then fitted (see photo of the now 'finished' cab minus the right hand injector steam valve) 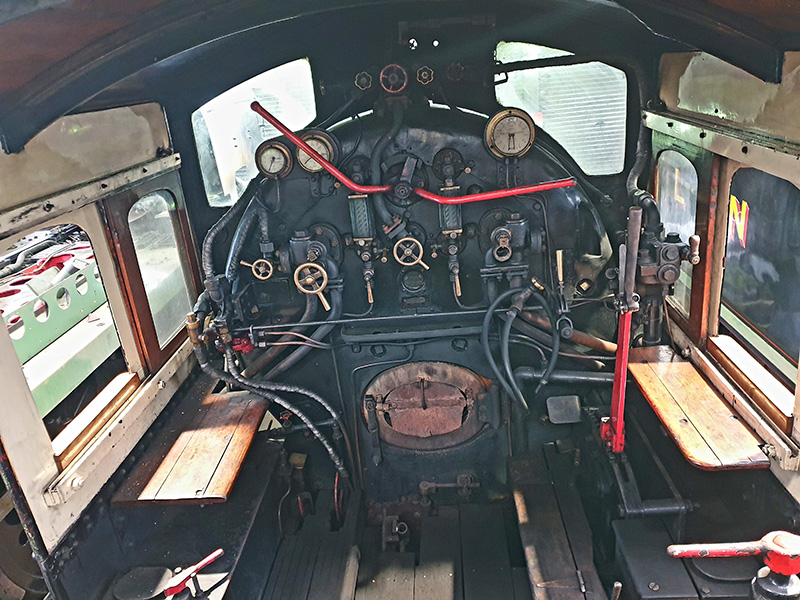 Robson set about cleaning from the off, and achieved an incredibly thorough clean of the boiler barrel and tender, as well as a good go over the inside motion. Detailing of the builders plates and smoke box brass collar have also been completed - the locomotive looks fantastic. Andrew had brought along a set of Overhead Lines warning stickers, which have not been present since the locomotive entered traffic. These were applied and varnished. He then moved on to cleaning the locomotives coupling rods (see photo). Reassembly of the spark arrestor was also started, for which a few components have been fabricated to help tidy up the original setup. 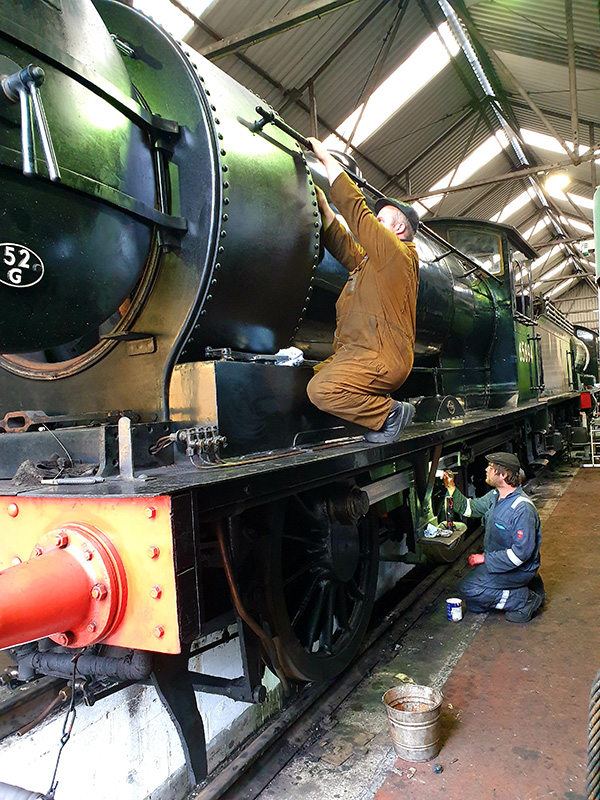 Please note that No.8 roller shutter door now has a new padlock issued by the MPD. When access to that Road is required, the key will have to be obtained from the MPD when required. We have also had confirmation from Martyn Cannings that, following his inspection last year, the broken rail on No 8 Road is not considered an urgent problem for the limited amount of shunting that takes place there. Its replacement is not therefore being pursued for the moment.