First of all sorry about the long gap between updates. My excuse is that I have been a bit busy!

Anyway after working pretty much solidly for the last few days, the only time contingency being not to sleep, the K1 and coach were complete enough to travel to Fort William as planned over the 19th and 20th April. Work to the engine was more or less completed but on the coach, while J.P. managed to complete the wiring with a luxurious one day to spare, the kitchen redecoration was (and still is) to finish and the workshop was a bit of a mess (since tidied up).

Many thanks to all those who worked so hard to try and get both vehicles finished - we nearly made it.

The loco and coach both behaved as we travelled North but we were delayed by a points failure during the loco turning move at Eaglescliffe and a diesel pilot failure at Carlisle. Notwithstanding these we managed to get to Fort William safely, all be it two hours late.

Most of the support crew who had brought the loco and coach to Fort William went home on the 21st but 3 of us remained for an extra day to plumb the toilet/shower block in, sort the shore supply for the coach and put the engine to bed. 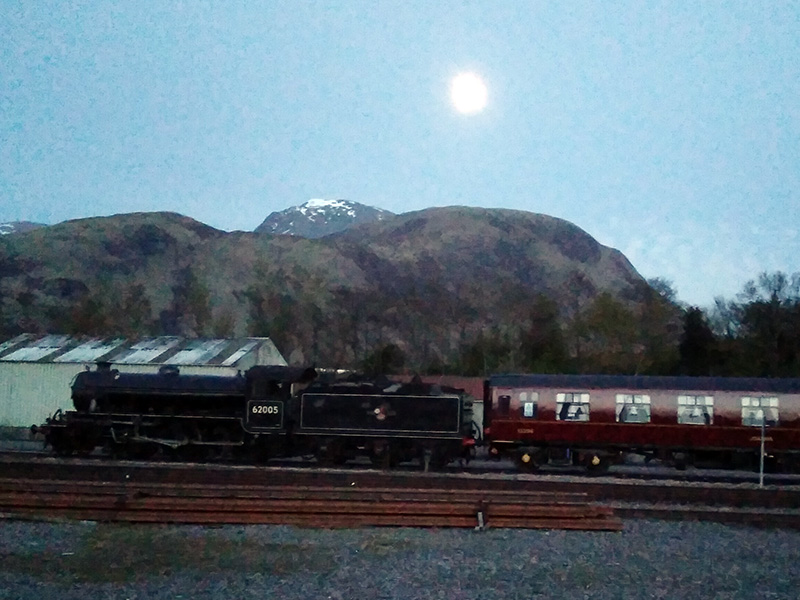 It was clear then that the first weeks operation was going to be challenging as much of the depot was out of use. This is down to the fact that Network Rail have taken back control of the depot and yard from DB, and on viewing the state of the track, shut the whole lot down. They are now working on getting the track back up to the required standard but it is going to take a few weeks to achieve this and to get the long awaited mains electricity supply installed.

The first weeks support crew was Angie, Frank Hryniewicz and me for the first half of the week but we were joined by Rich Pearson and Chris Graham from Wednesday on. The biggest problem we had at the beginning of the week was getting a decent shower - without going into detail we had teething troubles with the shower/toilet block and the genny provided for power was not up to the job. Both issues have, however, now been resolved. 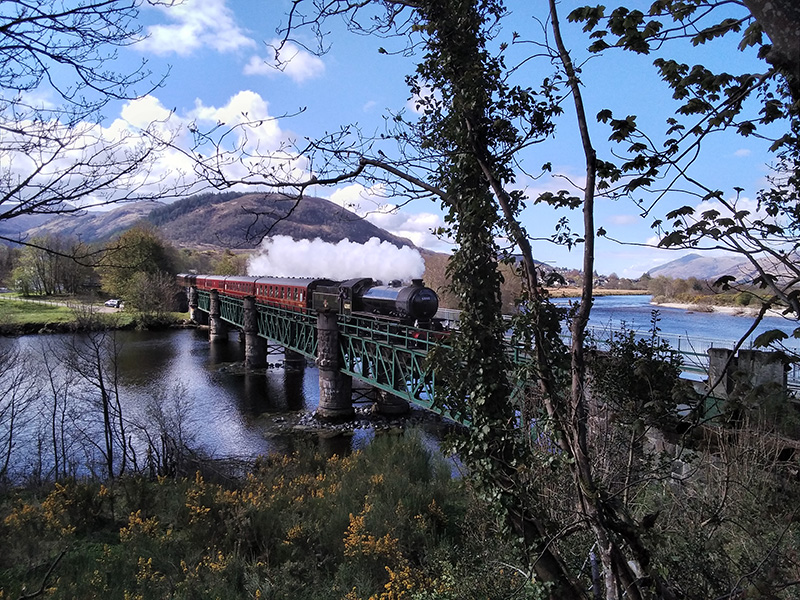 The loco behaved quite well although it did suffer two broken springs. One of these was certainly due to a manufacturing defect and we will not be charged for the repair.

The weather remained dry during the week, resulting in the need for fire patrols on both morning and afternoon trains on Thursday and diesel assistance on Friday and Saturday. 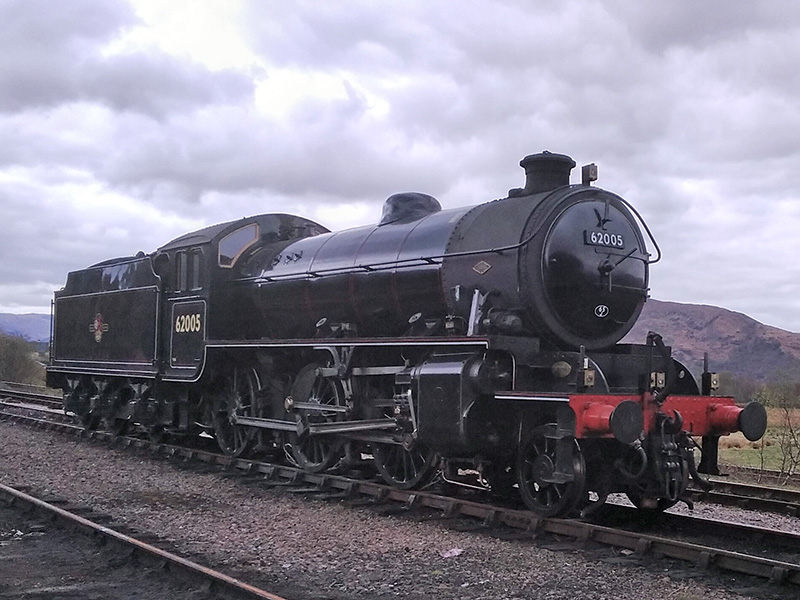 While the first week did prove to be challenging it was enjoyable none the less. Passenger numbers were low during the week but did pick up on Saturday. I expect they will steadily increase as Nicola eases the Scottish lockdown.