The Locomotive performed really well; the right hand cylinder gave no trouble at all. It was really all rather uneventful – fortunately for the support crew. The train was pretty well loaded – ‘The Jacobite’ is as popular as ever. 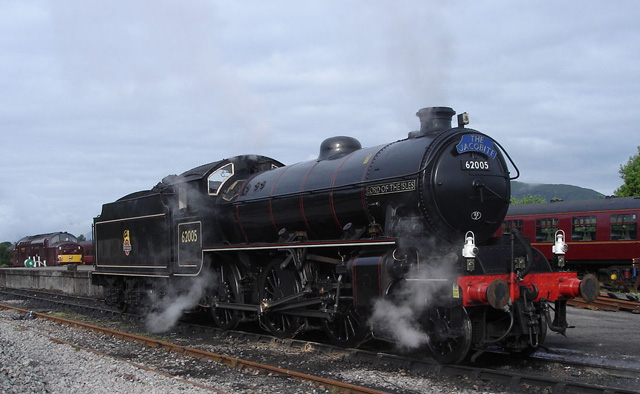 There has been very little rain in the West Highlands this year – Loch Eilt was noticeably low – and the ground and vegetation was very dry. Network Rail did deem there to be a fire risk and the support crew sent out a ‘fire watch car’ for two days to be on the safe side. There was heavy rain Wednesday night/Thursday morning and, on the advice of Network Rail the fire car was stood down for the rest of the week.

The support crew had an enjoyable week and it was really nice to be working again with the West Coast team in Fort William – driver Paul Kane, fireman Peter James, guard Florence McLean and examiner/fitter Lachie McNeil.