After 14 months, and with the repaired cylinder's heat resistant paint gleaming, the K1 finally left Hopetown today Friday 20th January to be reunited with its boiler at Carnforth. 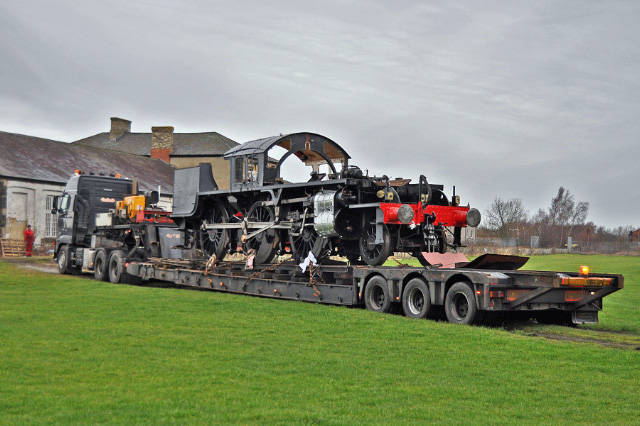 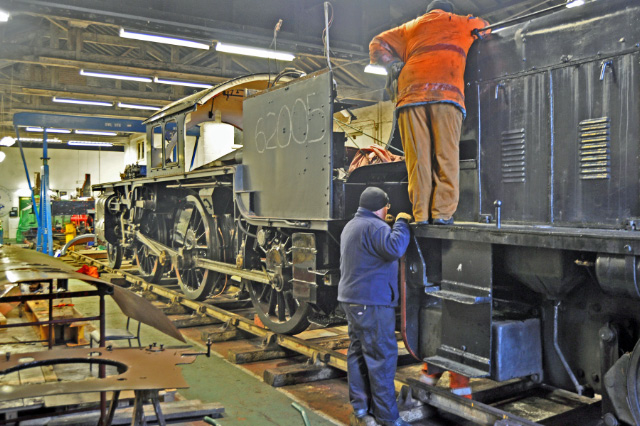 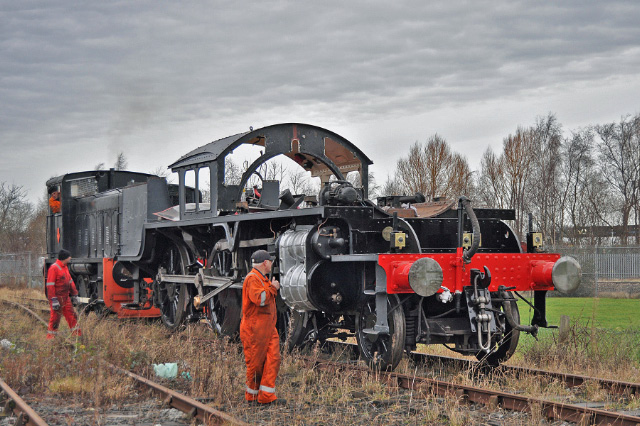 The K1 frames arrived at Carnforth later that day and are now in the boiler shop. Over the coming weeks the WRC staff will reunite the boiler with the frames. After that we will be after a good response from our working members to help get the locomotive assembled as quickley as possible. 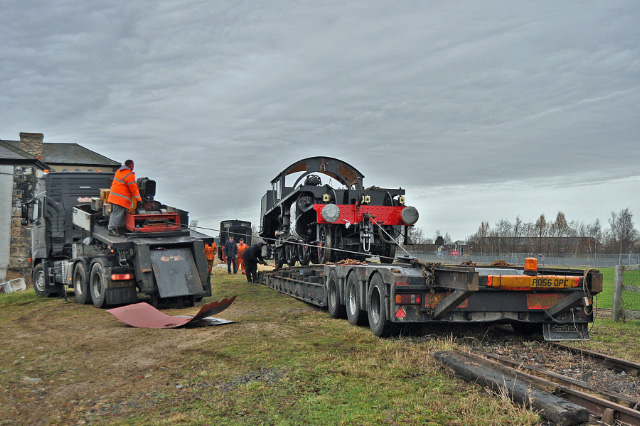